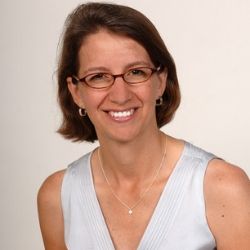 Guided by the belief that all of the world’s people deserve access to health innovation, Professor Rebecca Richards-Kortum’s research and teaching focus on developing low-cost, high-performance technology for low-resource settings. She is known for providing vulnerable populations in the developing world access to life-saving health technology, focusing on diseases and conditions that cause high morbidity and mortality, such as cervical and oral cancer, premature birth, and malaria. Richards-Kortum is also leading a multi-institutional team to develop a package of 17 life-saving neonatal technologies, designed for low-resource settings while providing the same efficacy a related technologies used in North America, but at a fraction of the cost

Current technologies are being tested and applied through multidisciplinary collaborations with clinicians and researchers at Rice, the UT M.D. Anderson Cancer Center, Baylor College of Medicine, UT Health Science Center-Houston, the British Columbia Cancer Agency. Over the past few years, Richards-Kortum and collaborators have translated these technologies from North America to both low- and medium-resource developing countries (Malawi, China, Botswana, El Salvador, and Brazil).

Richards-Kortum’s research has led to the development of 40 patents and more than 310 refereed research papers. Her teaching programs, research and collaborations have been supported by generous grants from the National Cancer Institute, National Institutes of Health, National Science Foundation, U.S. Department of Defense, Howard Hughes Medical Institute, the Bill & Melinda Gates Foundation, the Lemelson Foundation, USAID, Whitaker Foundation, and the Virginia and L.E. Simmons Family Foundation.

Richards-Kortum is a member of the US National Academy of Sciences, the National Academy of Engineering, and the Academy of Arts and Sciences. In 2016, she received the highest honor from The American Institute for Medical and Biomedical Engineering (AIMBE), the Pierre Galletti Award. She was named a Howard Hughes Medical Institute Professor in 2002 and 2006. Together with Maria Oden, she received the Lemelson-MIT Award for Global Innovation in 2014.